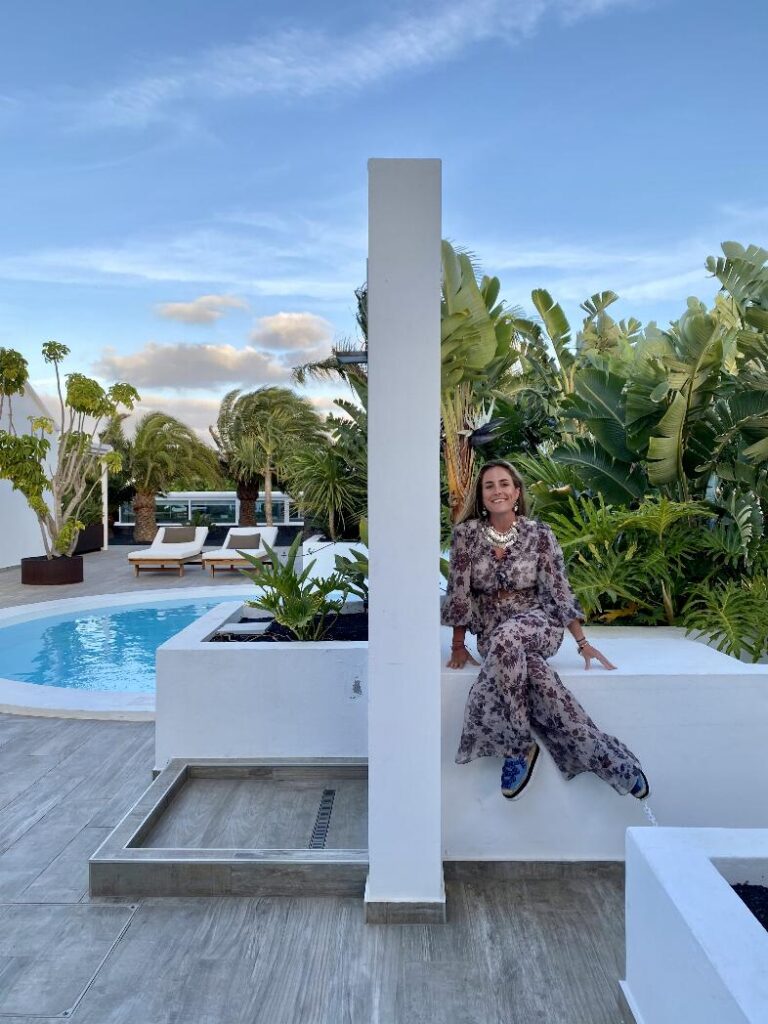 I see the garden as the connection between man and nature, and I strongly believe in the importance of the relation between landscape, garden, architecture, and humans.
For me a garden is purely a method of understanding and feeling the site with its personality and character for later recognizing and solving a problem.
My understanding of the most important factors to succeed on a design are:
-Living the site. By spending hours and walking the surroundings, the relationship between architecture and the garden, and the garden and the wider landscape can be understood, and synergy created between the three.
-To identify the concept that will lead to your design statement
-To control the light and the qualities of the space.
-To create something that is there to stay and to last over time.
And if I am asked about what do I consider the best preparation for becoming a good garden designer is; I would say is to read and to fill your soul with memories.

For more information about my works, please visit my Instagram page: @gardeningwandreaj

It was my luck growing in a family of architects from where I learnt to combine the fascination for the aesthetics with a scientific training and an extraordinary sensitivity.
After passing through University in my homeland Spain I graduated as one. The 5th architect in my family of 5. After some years working as such, in different countries and different contexts I realized something was missing in our current way of understanding architecture. The transformation of the European agricultural world in where cities have become megalopolises, absorbing the village populations have not just changed our relationship with nature but it has supplanted this emotional relationship with an obsessively rational outlook.
In my forever search for happiness and always looking for the beauty of things, I found in nature the essential virtue of activating and transforming the emotional soulful sides of man. And garden happens to be that connection between the constructed space (what me and my family provide) and nature.
It was at this point and after spending unlimited hours in the family countryside; where I decided to complement my knowledge on architecture with a knowledge in garden design.
At this point, I decided to travel to the UK, the kingdom of gardening, where I had the great luck of meeting Andrew Wilson and LCGD who made me believe in this new step I was considering taking. And here I am enjoying one of my greatest decisions.

Living walls. My proposal for a garden in the woodlands of north London. A garden that acts as the connection between the woodlands outside and the house inside.
A proposal that through the so called “living walls” (around the garden and all along the house facade) allows you to see and frames for you the beauty of nature and the nature of life passing.

Proposal for a garden full of Royal history inside the Royal botanical garden to host wedding venues and private conferences as much as visitors touring around Kew gardens.
This proposal looks to connect the garden with the Kew church right across the street to make an easier and more beautiful connection for all the religious weddings.
The garden is designed with the concept of the circle to be experienced as a round itinerary walk and composed by 3 main spots: the reception, the venue area and the flower bed for the late spring and early summer blooming (the time of the year when most weddings happen in this location) as much as an all-yearlong kind of interest for all year-round Kew visitors. Full of pictures opportunity spots and plant species from all over the world the garden remains a wedding spot without losing its botanical garden concept.

Border 1: A flower bed South facing design for a colourful and aromatic summer interest corridor. Located by the house and along the garden to be seen from every spot both inside and outside the house it pretends to reflect the palette of the sky.
Border 2: A planting bed North facing design for a garden entrance that aims to provide a welcoming facade and privacy along the whole year.
A first approach to the garden connecting the back and the rear that changes along the different seasons through the magic of nature circles but always keeping its essence with some evergreen planting.

Andrea Juncos – Garden by a Museum

1. Garden Museum, London: Analysis on Dan Pearson design at the heart of the Garden Museum is the Sackler Garden.
Considered as an ‘Eden’ of rare plants, the garden is inspired by John Tradescant’s journeys as a plant collector. Taking advantage of the sheltered, warm space, Dan has created a green retreat in response to the bronze and glass architecture, conjuring up a calm, reflective atmosphere. This is intended to be a garden in which to take your time.
Among the foliage in the courtyard garden, you’ll find the tombs of the Tradescants, as well as Captain William Bligh, captain of the infamous ‘Mutiny on the Bounty’ voyage.

2. Casa Sorolla. Analysis on the garden that surrounds the museum of the great Spanish painter: Joaquin Sorolla. A garden that was designed as a piece of art itself for him to paint them later or just as a mere source of daily inspiration.