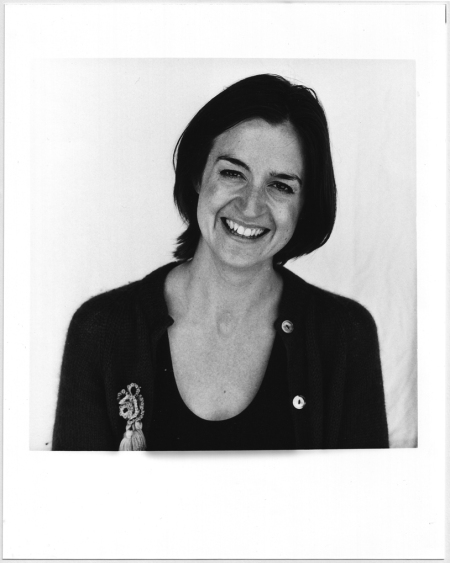 I have been designing gardens for five years before graduating from the Planting Design Diploma with distinction in July 2021 at the London College of Garden Design. I was awarded ‘Prize for Best Project’ and received a funding award from The Finnis Scott Foundation – the largest sum given to any individual by the trust.

My degree in Fine Art and MA in Film inform my practice and after a first career as an Arts Producer working in film and video I retrained in Horticulture in 2016. I now work on residential and public projects in London, Bristol and across the UK. I provide online advice sessions to clients nationally and lead tours of public gardens for organised groups.

I have a keen interest in arts and heritage sites. In 2019 I assisted Nigel Dunnett on a large-scale planting project at Hospitalfield, Arbroath. I also look after two historic gardens for Bristol Museums and have been commissioned to design the planting for the newly refurbished Royal West of England Academy in Bristol.

My most recent project is The Still Garden in the Container Garden category at RHS Chelsea Flower Show 2022.

This garden is inspired by Scotland’s landscape and the plants that thrive across the Highlands and Islands.

The plants reference native species and the climate to evoke an atmosphere that is immersive, secluded and still. Reclaimed whisky casks are reconstructed to make new sculptural planters and packed with bold foliage textures and soft mounds. Spray-like forms hang like mist in a palette of greens, whites, pinks and copper tones that relate to the central pond – a repurposed copper whisky distilling pot.

A dry-stone slate wall with vertically laid stone resembles the sea walls of the western isles and is constructed to look like a glen between two mountains. The garden encourages reuse, repurposing and creativity. Container gardening lets us choose our soil, meaning we can grow plants from places that inspire us, regardless of where we live.

The brief here was to design the planting for an arts centre garden on a remote island on the west cost of Scotland that can be used for outdoor performance. I was awarded ‘Best Project’ for this design on the Planting Design Diploma at LCGD in 2021.

Thinking about music performance, the layout is inspired by 1960s experimental music scores. A rogue wave flooded the island’s slate quarries in 1881 so I used local geology and sound waves as the basis for the planting decisions.

Character areas are defined in terms of volume with distinct sections referred to with water and sound wave related words such as Ssshh, Lilting, Corryvreckan, Foghorn and Rogue.

A volume increase happens not through ‘loud’ plants ie bright colours or large forms, but by planting combinations that emulate the forms different sound waves take. A quiet sound is represented by a gently undulating wave formation. As the volume increases so does the height of the peaks and troughs.

For example Ssshh is planted with drifts similar in height which are soft and muffling in texture. As we move around the garden and the volume increases we see more vertical accents and emergents from the horizontal layers. Taller plants and shrubs are introduced until eventually we have fastigate Betulas dotted through a ground level planting layer of Sporobolus heterolepis, exaggerating the height difference.

To represent the flecks of pyrite that glint in the local slate I have flecked the site with Meconopsis cambrica var. Aurantiaca – an orange form of the welsh poppy found all over the island. Using the surface of slate as a means of arranging drifts takes the micro to macro and references the history, which is so closely linked to the geology of this site.