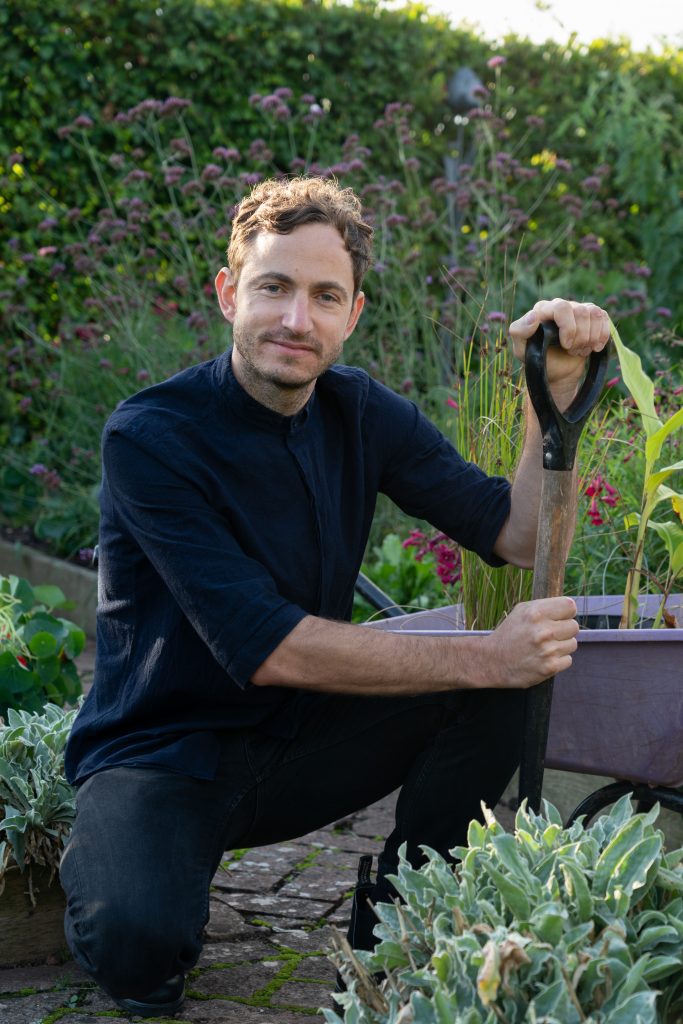 I graduated from the London College of Garden Design in July 2015 with distinction and the ’External Judge’s Prize’: an award given by RHS Gold Medal winning designer Jo Thompson who praised my work for its scope, ambition and individual style.

TOM MASSEY BIOGRAPHY
Although a relative newcomer to the industry, Tom Massey’s work has won him multiple industry awards and widespread recognition.

In 2015, Pro Landscaper magazine named Tom as one of the inaugural ’30 Under 30’; thirty people under thirty years of age who show outstanding potential within the landscape industry. In January 2016 Tom won both the residential and commercial design categories of the ‘Society of Garden Designers – Student Awards’.

In July 2016 Tom was awarded an RHS Gold Medal and ‘Best Conceptual Garden’ for his first show garden at the RHS Hampton Court Palace Flower Show – The UNHCR ‘Border Control’ Garden was designed in collaboration with John Ward, for the UN Refugee Agency. Tom returned to RHS Hampton Court in 2017 with a garden for the charity Perennial, which focused on the powerful affect plants can have on mood and well-being.

Tom designed a large show garden that appeared on Main Avenue at the world renowned RHS Chelsea Flower Show in May 2018. The garden was designed to improve the lives of a community of refugees living in Domiz Camp in Northern Iraq. Tom was also invited to design a garden for the 2018 Singapore Garden Festival set in the awe-inspiring Gardens by the Bay. The garden ‘Precious Land’ received a gold medal and an additional prize for best lighting design.

As well as running his design practice, Tom has given talks on garden design and related subjects and is a regular tutor at the London College of Garden Design, based at the Royal Botanic Gardens in Kew.

The UNHCR ‘Border Control’ Garden is a conceptual show garden that appeared at the RHS Hampton Court Flower Show in July 2016.

Designed in collaboration with John Ward, built by Landform Consultants and sponsored by the charity UNHCR (The UN Refugee Agency) the garden highlighted the refugee crisis with symbolic use of British native and non-native planting.

A beautiful, fertile and tranquil island of lush planting sits across a moat bordered by razor wire fencing. Outside the fence, struggling amongst rubble, starved of nutrients and water, non-native plants fight to survive, desperate to reach the protected island.

As visitors approach, their view is from the non-native refugees’ perspective, a land full of danger, despair and suffering with only glimpses of the sanctuary beyond. However, dispersed amongst the rubble, surviving against the odds, a number of beautiful non-native plants shine, colourful displays of strength and hope in the face of adversity.

At first glance the central island planting appears to be a traditional British wildflower meadow, but on closer inspection, many of the plants from the outer zone have made it across, integrated amongst the native wildflowers, blending in, harmonising and adding to the overall beauty of the sanctuary.

Inside the garden the visitor is enveloped in a lush and beautiful oasis; but how much can this beauty truly be appreciated when surrounded by the suffering beyond?

Read more about the conceptual garden in the RHS press release.